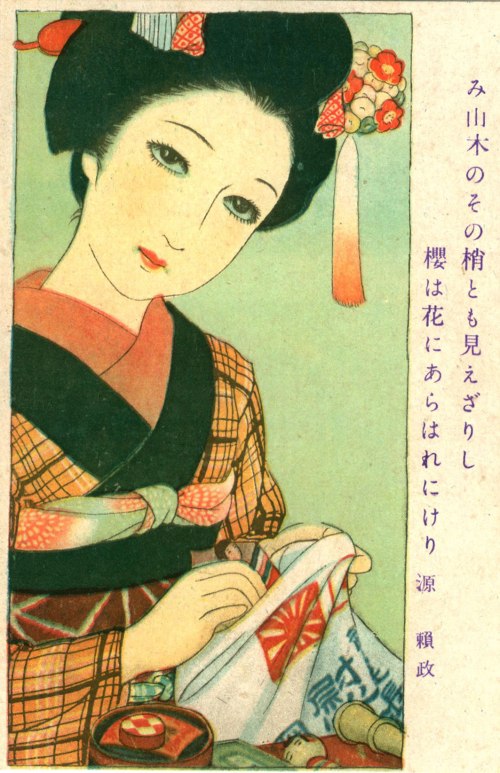 み山木のその梢ともみえざりし櫻は花にあらわれにけり
miyamagi no so no kozue tomo miezarishi sakura wa hana ni araware ni keri
unable to see the tops of the trees deep in the mountains we soon saw that they were cherry trees, revealed just by their flowers scattered in the wind

Poem by Minamoto no Yorimasa (源頼政, 1106–1180), a Heian period military official, courtier and poet. Before inclusion in the 1943 Aikoku Hyakunin Isshu, this poem was anthologized in the first volume of the shortest imperial poetry collection, the 1151 Shika Wakashū (詞花和歌).

The subject is preparing a wartime comfort bag (慰問袋, imonbukuro) for soldiers deployed during the Pacific War. Comfort bags included candy, postcards, letters of encouragement, toiletries, etc., and their preparation was a common activity for women in wartime Japan and occupied Korea.